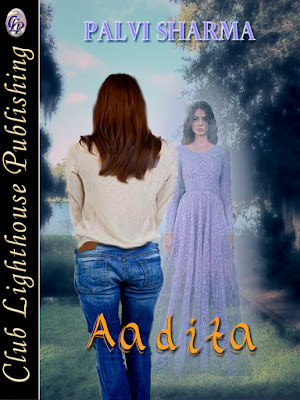 RAINA CLOSED HER eyes, took a deep breath and willed herself to remain calm. This was her final exam, and after today, she would be free from high school and venture out into a world that held a promising future for her. Today was supposed to be the best day of her life, so why did she feel like something was going wrong? Or rather, something terrible had already happened?
Her nerves tingled and she felt tiny needles in her gut. She waved away her thoughts looked down at her paper. The first question was easy. Economics wasn't her favourite subject, but it had always been her easiest one. She scanned the other questions and realized she knew the answers to the other ones too. She picked up the paper and read the first question carefully, waving away the uneasy feeling that was starting to ripple all over her.
Nothing's wrong! She told herself. It's just nerves and the anticipation of what the future would hold for her once she existed the school gates.
Raina leaned back in her chair and rubbed her forehead. All around her, students were busy scribbling away, and here she was, giving rise to all her fears that had been cooped inside her. Everything was okay now; had been ever since she had come back. Mallika had decided to leave her alone. She no longer heard rumours about her and she had noticed Mallika even cringe in fear as she had passed by.
A small part of her hated the fact that people were fearful of her but the alternative was much worse. She didn't think she could take it if Mallika had been up to her old tricks again.
Raina took a few deep breaths and started to feel calmer. She had lost a lot of weight thanks to Uncle Rabindra' gruelling chores and at least she didn't have to hear fat jokes anymore. Nevertheless, she had tried provoking Mallika once by slowly eating a cupcake in front of her; licking away the icing and looking at her with a mocking stare.
She had seen the struggle in Mallika's eyes as she tried to resist and then walking away. She had won! She had finally beaten Mallika!
Raina smiled and bent down her head to write. Yes! Everything was okay. Nothing anywhere was going wrong...
Raina shuddered as she felt a chill up her spine. She took a deep breath and let it out through her mouth. Her breath was foggy as if she had been sitting in the freezer for some time. She looked around her and saw that no one seemed to notice anything and continued to write their exams.
She shook her head and turned back to her paper. With a pen in her hand, she started to write her name on the paper when she felt a chilling sensation in her arm. She looked to her left and saw a bluish hand creeping up her arm.
Raina gasped and turned around to see herself come face to face with a girl she had seen in her Grandfather's house. She opened her mouth as the water from her hair started to drip on the floor beside her.
She pushed herself away and screamed, falling down the floor in the process.
"Raina! Are you alright?" The teacher asked.
Raina stared at the girl who continued to look down at her. The girl's mouth was open and she was whispering something, but Raina couldn't understand what it was the girl was saying.
"Leave me alone!" she screamed and pushed herself back. Her hand hit the desk, but she felt no pain.
"Raina!" the teacher said again. He bent down to pull her up, but Raina cringed.
"Go away!" she sobbed.
"She's totally lost it!" She heard Mallika say to one of her friends.
"It's okay," the teacher said. "It's just an exam. No need to be nervous. Just take deep breaths."
Raina turned to look at the girl and saw that she had disappeared. She took the teacher's offered hand and pulled herself up.
"Do you need some water?" The teacher asked.
Raina swallowed. "I'm...I...I'm okay now." She sat down in her chair and clutched the desk. The room was still spinning around her and she fought to stay conscious.
"Will you be able to write?" The teacher asked.
"I'm fine. Thanks."
"Psycho!" She heard someone say behind her.
Raina bit her lip and restrained from turning around and slapping whoever had made that comment. She picked up her question paper and held her forehead.
"Silence!" The teacher ordered. "Get back to your papers. You have an hour left."
Raina tucked her hair behind her ear and looked down at the paper. She let out a gasp as she saw that someone had scratched her name and written another name on it.
"Aadita," she said softly and traced the scrawls on her paper.

By Palvi Sharma
What matters most? Looks or confidence?
When we see someone for the first time, we do notice their looks, they way the dress. Personality and their ability to initiate and hold a conversation comes second, doesn't it.
Imagine meeting someone who is good looking but is dull to the core. Now imagine someone with average looks but is someone you can have fun with or have an intellectual conversation.
Which seems more attractive?
Look Away takes a very bold stand where appearances are concerned. But also about self-confidence.
In the end, the only argument it makes is that one cannot possess both attributes.
We are introduced to a timid girl, Maria whose father is a plastic surgeon. Her mother is shown to have no say of her own.
She is left to watch her husband ridicule his daughter about not being careful with her looks.
Maria has a friend Lily who hardly seems concerned about her. She's more interested in publicly making out with her boyfriend Sean who Maria secretly has a crush on.
Then…
3 comments
Read more

The Final Wish — My take on the movie with spoilers!

By Palvi Sharma
The first thing that comes to your mind as you watch this movie is: "Hey, didn't I see this movie before? The story seems familiar. Two years ago, wasn't there a movie with a similar theme... About a high school girl who comes across a mysterious item that grants her all her wishes?"
You will be right. The Final Wish is just like Wish Upon, only less entertaining and more ridiculous.
The things is, Wish Upon made you sort of care about a girl whose mother passed away when she was a kid. She was being bullied at school, and to top it all, to her mortification, her father was collecting junk from trash right in front of her school!
So yes, she definitely needed those wishes.
And another thing: Their wish granting box looked better.The Final Wish is about Aaron, a guy you don't really come to like. He's late on his rent, can't find a job as a lawyer, broke up with his girlfriend Lisa, and ignores his parents.
One day, when Lisa calls him to inform him of his…
4 comments
Read more