On Stephen King's writing - My opinion, my take 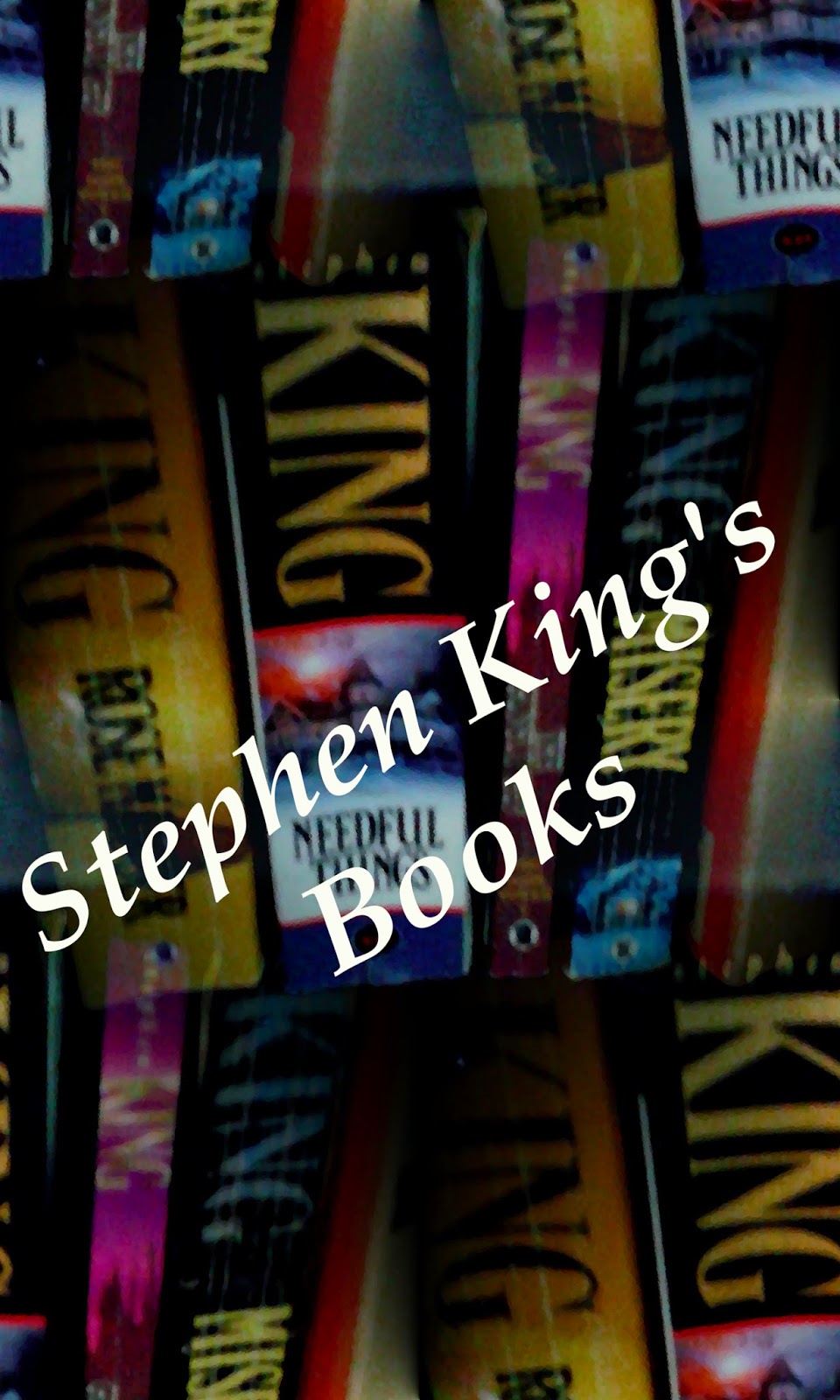 Stephen King’s name is synonymous with the horror genre. In fact, say the name and the first thing that comes to mind is a talented writer with a penchant to write real and believable characters along a backdrop of a gripping story.

His first novel- Carrie- was published in 1974 and since then, Stephen King has been a brand name for horror. His storytelling has always been impeccable and fast paced making his every book a page-turner.

I remember the first Stephen King book I ever read- Misery. I was probably still young to read it considering the content of the book, but I know I was thoroughly engaged and gripped by the intensity of the plot and found myself dying to know how it would all end. He surprised me and gave a realistic ending- not a fairytale one where everything magically resolves for the benefit of the protagonist. No, this was a story that showed that the lead character would always be traumatized by what he had suffered through.

After I finished reading that, I had to get my hands on more of his books. I real most of his earlier work and watched movie adaptations of those I couldn’t find. I was fascinated by the tales he imagined and then put them down on paper to the point that I aspired to be a novelist just like him someday.

My love for horror is credited to him alone. I was living in a world where Stephen King was not only fascinating me with tales of horror, but also teaching me about the world. The characters he built weren’t one dimensional. They had actual personalities that reflected a real person. I saw myself in some of them and knew people who were like the other characters.

Then came his highly anticipated ‘Bag of Bones’ and I couldn’t wait to read that too. But I was left disappointed. The Stephen King I knew was barely there. His writing was slow paced and it took quite a few pages to learn what the plot was. The characters weren’t likeable and I couldn’t find myself caring about their plight.

I have to confess I skipped through the pages to see if it would get better. There was a gross scene towards the end, a violent one and an obscene one- all of which didn’t make sense to the story. It was as if those scenes were written to shock the readers- not thrill them.
I put it back on my shelf, guilty that it was going to be the only Stephen King book I had not completed reading. Then the next book I read was Cell. The first scene was startling and I thought that Stephen King had finally redeemed himself. I curled up on the sofa, certain that I would be glued to the book until its exhilarating climax.

However, halfway through the book, I started to lose interest. The characters had formed a group to survive the bizarre events that was taking place around them and that was all there was to it. The story had reached a stagnant point and pages after pages, didn’t take the plot forward. Disappointed, the book was returned to the shelf again.

Lisey’s story was next and again the first few pages were enough to make up my mind. After that, whenever I saw a new Stephen King book in the store, I would be wary of being disappointed again.
Stephen King has won many awards for his books, even the ones I didn’t like, but that didn’t change my mind about his current works. For me, he had lost the one thing that had made him the master of horror. His writing patterns became repetitive and his shocking scenes just didn’t make me flinch anymore.

The opening scene would be exciting; one of the characters would be sadistic or perverted (sometimes both), the other character would try to restrain the first one and the plot would be a string of anomaly events that would break the hero’s will to be the person he still is. That is pretty much a regular theme of all his books with vulgar scenes thrown in to spice up the proceedings.
I crave for the books he had written and wish he would return to his former writing style- the one where I would be so possessed by the plot that I wouldn’t drop the book until I had read the very last page.

That would be one of my “needful things”.

By Palvi Sharma - September 11, 2017
If like me, you’ve read hundreds of mysteries and enthused about Sherlock Holmes tales, THE LIMEHOUSE GOLEM is actually pretty predictable.
Set in the Victorian Era, it promises to instill dear in you. Before Jack the Ripper, there was Golem- such is the tagline and you do want it to be the kind of movie that keeps you guessing until the very end as to the true identity of the killer. Unlike the Jack the Ripper legend, Golem is easily recognizable in the very first instance the character is introduced.
The hunger in the eyes, the madness to carve a name on stone, not ice- all of it points towards their murderous intentions.
The story is essentially about Elizabeth Cree and how she leaves behind a tragic, impoverished life to become someone. She finds her secret talents in a music hall where plays are held, led by Dan Leno, an actor who doesn’t mind cross-dressing. He runs the hall with the help of Elizabeth’s “uncle” who has a twisted secret of his own.
When Elizabeth’s husband is fo…
Read more

By Palvi Sharma - October 18, 2018
What matters most? Looks or confidence?
When we see someone for the first time, we do notice their looks, they way the dress. Personality and their ability to initiate and hold a conversation comes second, doesn't it.
Imagine meeting someone who is good looking but is dull to the core. Now imagine someone with average looks but is someone you can have fun with or have an intellectual conversation.
Which seems more attractive?
Look Away takes a very bold stand where appearances are concerned. But also about self-confidence.
In the end, the only argument it makes is that one cannot possess both attributes.
We are introduced to a timid girl, Maria whose father is a plastic surgeon. Her mother is shown to have no say of her own.
She is left to watch her husband ridicule his daughter about not being careful with her looks.
Maria has a friend Lily who hardly seems concerned about her. She's more interested in publicly making out with her boyfriend Sean who Maria secretly has a crush on.
Then…
Read more

The Final Wish — My take on the movie with spoilers!

By Palvi Sharma - February 18, 2019
The first thing that comes to your mind as you watch this movie is: "Hey, didn't I see this movie before? The story seems familiar. Two years ago, wasn't there a movie with a similar theme... About a high school girl who comes across a mysterious item that grants her all her wishes?"
You will be right. The Final Wish is just like Wish Upon, only less entertaining and more ridiculous.
The things is, Wish Upon made you sort of care about a girl whose mother passed away when she was a kid. She was being bullied at school, and to top it all, to her mortification, her father was collecting junk from trash right in front of her school!
So yes, she definitely needed those wishes.
And another thing: Their wish granting box looked better.The Final Wish is about Aaron, a guy you don't really come to like. He's late on his rent, can't find a job as a lawyer, broke up with his girlfriend Lisa, and ignores his parents.
One day, when Lisa calls him to inform him of his…
Read more