Free Ebook-- Forest of the Dark 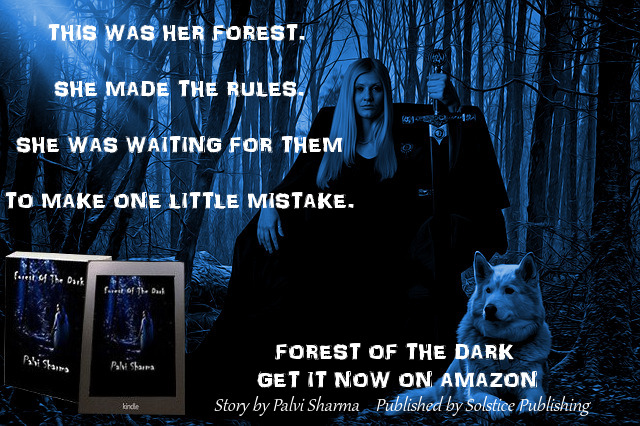 Read it for FREE

By Palvi Sharma September 11, 2017
If like me, you’ve read hundreds of mysteries and enthused about Sherlock Holmes tales, THE LIMEHOUSE GOLEM is actually pretty predictable.
Set in the Victorian Era, it promises to instill dear in you. Before Jack the Ripper, there was Golem- such is the tagline and you do want it to be the kind of movie that keeps you guessing until the very end as to the true identity of the killer. Unlike the Jack the Ripper legend, Golem is easily recognizable in the very first instance the character is introduced.
The hunger in the eyes, the madness to carve a name on stone, not ice- all of it points towards their murderous intentions.
The story is essentially about Elizabeth Cree and how she leaves behind a tragic, impoverished life to become someone. She finds her secret talents in a music hall where plays are held, led by Dan Leno, an actor who doesn’t mind cross-dressing. He runs the hall with the help of Elizabeth’s “uncle” who has a twisted secret of his own.
When Elizabeth’s husband is fo…
8 comments
Read more

By Palvi Sharma May 20, 2018
When a person dies, they leave behind people whose lives will never be the same again. Death affects people in strange ways and coping with it is hard.
This is what happens to the Palmer family in Lake Mungo. When their daughter drowns, they are left not only to grieve but to literally unearth terrible secrets about her.
Alice Palmer seems like an ideal girl--smart, pretty, popular. Her death shatters her parents and brother’s life but it is when shocking secrets about her are revealed that Lake Mungo suddenly becomes a terrifying movie.
The secrets are revealed at every turn and done so cleverly. Documentary and found footage movies, usually put me to sleep but this one kept me hooked from the start. Not many movies made in this style have the caliber to pull off what Lake Mungo has accomplished. It brings in twists and turns that are harder to do in this documentary style.
There are small flaws but. The movie begins with countless interviews and we are shown people talking about Ali…
8 comments
Read more

By Palvi Sharma October 18, 2018
What matters most? Looks or confidence?
When we see someone for the first time, we do notice their looks, they way the dress. Personality and their ability to initiate and hold a conversation comes second, doesn't it.
Imagine meeting someone who is good looking but is dull to the core. Now imagine someone with average looks but is someone you can have fun with or have an intellectual conversation.
Which seems more attractive?
Look Away takes a very bold stand where appearances are concerned. But also about self-confidence.
In the end, the only argument it makes is that one cannot possess both attributes.
We are introduced to a timid girl, Maria whose father is a plastic surgeon. Her mother is shown to have no say of her own.
She is left to watch her husband ridicule his daughter about not being careful with her looks.
Maria has a friend Lily who hardly seems concerned about her. She's more interested in publicly making out with her boyfriend Sean who Maria secretly has a crush on.
Then…
2 comments
Read more